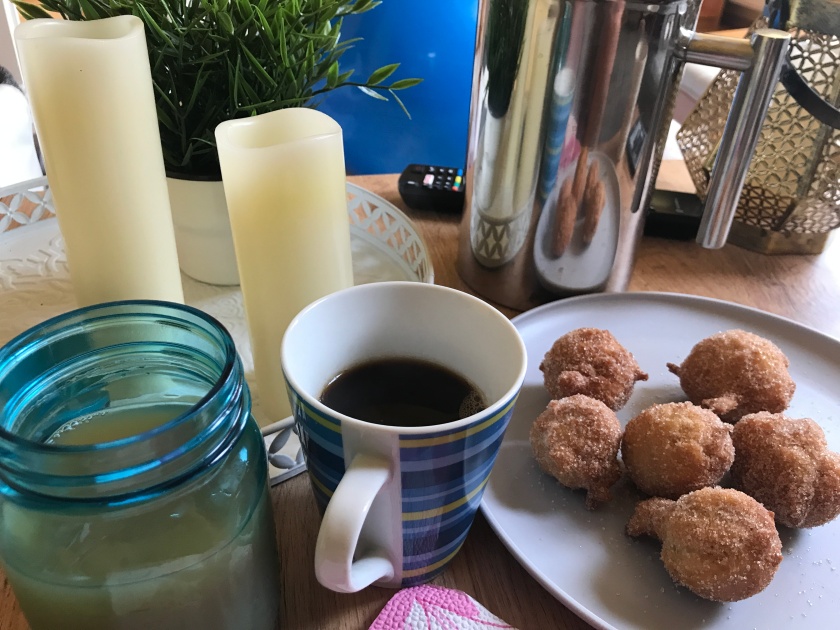 thinking fast – i open another window

not to the fresh air, but a fresh page – words yet unwritten

kids chasing the kitten down the hall, himself chasing a ball

and through it all i have this moment

of the crisp autumn air enters through the windows already opened

the early moments of a new day, unshaped clay

before even the kids say “what will be?”

we have yet to see, not anxiously awaiting

but allowing this moment to stretch

etching words of His on mind and heart

the best way to start each day

The squirrel lifts its head

as acorn falls, alarming all

against the gravity of autumn.
Solemn leaves of orange, pale 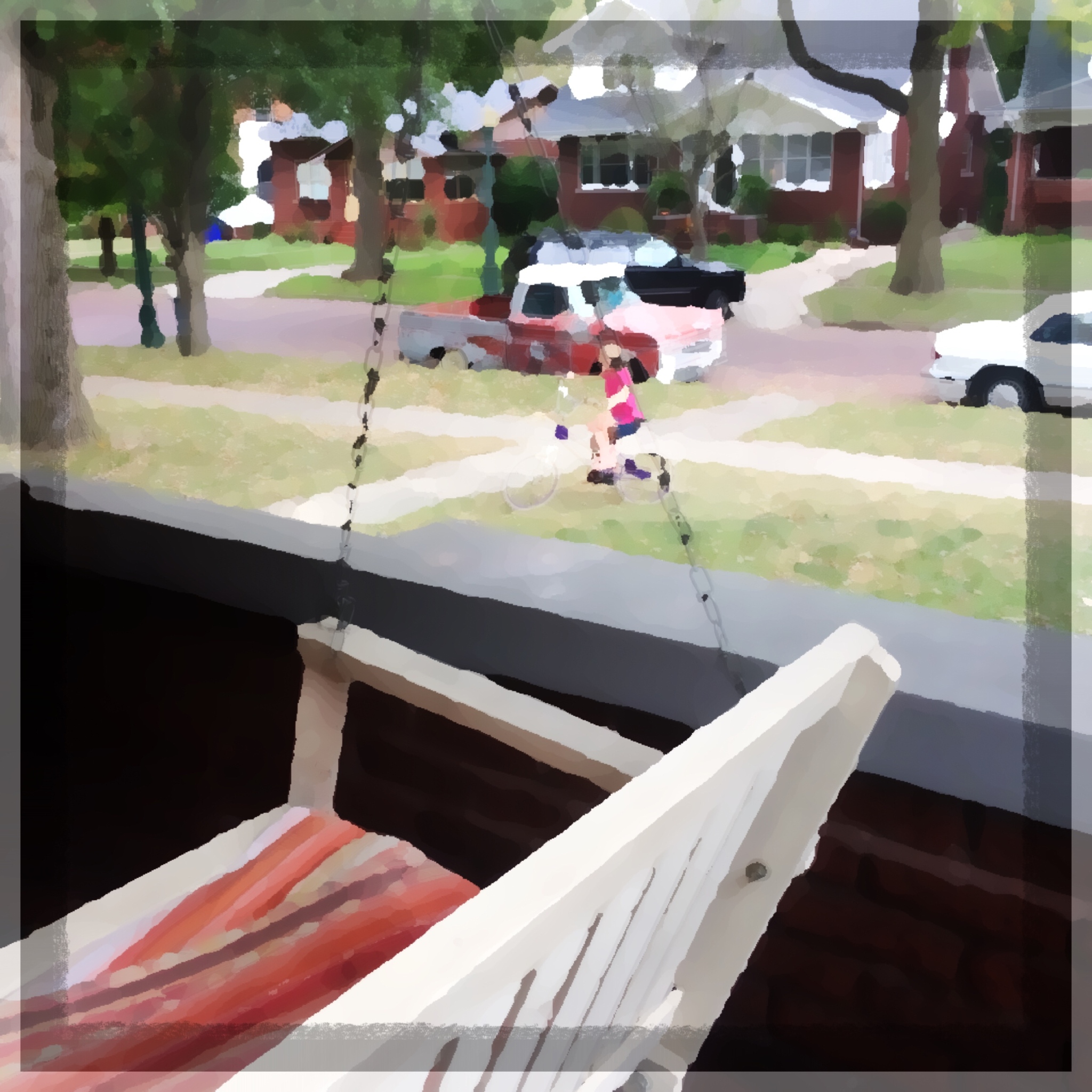 against the sidewalk chalked by children who live here,

riding by now, plowing through late morning as Moses through Red Sea-

warning neighbors recently wed, the beauty of life to be,

of life that was, as others’ lives come to dusk, grandparent of the street whose feet shuffle slowly,

feeding birds who greet this quiet community with their own,

interrupted by invitation to observe, daughter has worked up nerve to try,

bike off sidewalk, just a moment but smiles years in practice,

Small nod and raised hand sing hello to passersby, one cannot pause – spoils of her morning in hand.

lit by street lamps that saw grandparents with mud pies.

Back when we were dating, a song emerged as “ours” in the way songs do as couples travel through life together.  It was by a small band that only existed for a short period of time, but whose CD I borrowed from her all the time.   The title was “You Make Me Smile”, and yes…we often got sappy to it.  But it communicated so much of our early relationship and still today.  I often traveled in a band throughout college, and during the time we spent apart there were many moments where the thought of her, or surprise visit would brighten my face in great ways.  I would’ve never imagined it has now become a bit of a “Family Song”, offering a new perspective when sung/heard by or for our children.  But as any parent knows…..our children have the ability to make us smile.

Our 5 year old, as we’re walking up to the playground, singing “Time is tickin’ away!  Tick Tick Tickin’ away!!”  Granted, we’d just ridden in my car where my incredible cassette-player was pumping out incredibly solid standards of Christian rock.  So she doesn’t know all the words to “Jesus is Still Alright” yet….she’s got time.

Our 8 year old, breaking in on a grown-ups version of charades, grabs a slip of paper to write down a name.  She’s giggling like she’s just written down something hilarious.  I’m thinking a vague cartoon character of some sort.  Maybe a common princess.  But she’s so excited to have that name in the mix, she actually stays and joins the game with us.  So who did she write down?  Pavel Datsuk.  One of the greatest Detroit Redwings to ever perform magically with the puck.  Well, actually she wrote “DASUK”, but we’ll give her time.  Those European names can be tricky.

One of the coolest moments from this past week, however, came from our 6 year old.  It was in the midst of dinner, before we began to carve our pumpkins.  The only night all week where we had no commitments, we had looked forward to a nice relaxing family time together.  Sarah had made a pot roast so tender, you could spread it on bread if you needed.  The whole house smelled of comfort and tranquillity.   We were all sitting down, and just barely keeping the girls reigned in to eat together, as they were so excited to be done and move on to dessert and pumpkin carving.  Sophie gets up and runs into the kitchen, I almost yell but realize she’s refilling her water cup and I calm down.  That’s when it happens.

“OH MAN!!  You guys have GOT to come see this sunset!!  It is soo beautiful!!”   And so, just like that, we all collectively sat our forks down, and followed her call to the kitchen.  Sure enough, it was quite pretty.  Pretty enough that we all went upstairs to get a better view above the neighborhood. 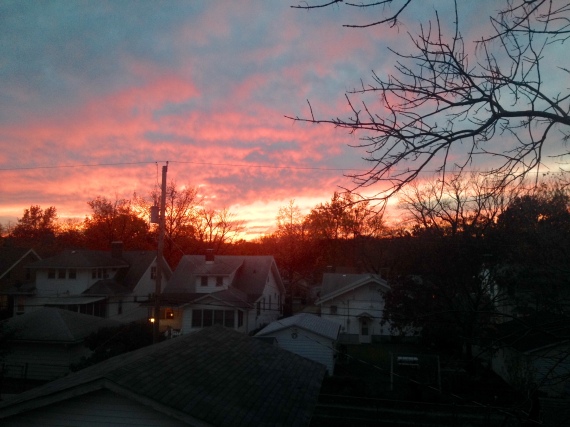 It wasn’t long before we all had breathed in enough of the wonder and beauty of a perfectly pink sunset that could never be captured fully by an iPhone.  We slowly made our way back to the table, and back into the rhythms of a busy fall night.  (did I mention this was also bath night?)   But several times this week, I’ve remembered that moment our 6 year old called our whole family to come and appreciate the beauty of what God was painting on the horizon.  These girls make me smile….