We’re still in the midst of our home-study, acquiring all the necessary documents, paperwork, and medical records to show how incredibly healthy we are. Sarah and I both went in for the first part of our TB tests Wednesday, and the kids loved seeing mommy and daddy get shots.  We’re slowly chipping away at the required over 10 hours of training for an international adoption.

As I posted in an earlier update, Sarah and I want to learn more about the country and area our daughter will be coming from. 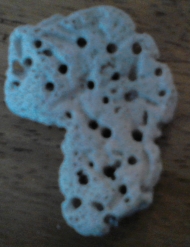 Remember that country known as “Zaire” we learned about back in high school? Apparently it ceased to exist around 1997 when it’s leader Joseph-Desire Mobutu was removed from power.  That is the area now known as the Democratic Republic of Congo (not to be confused with the much smaller Republic of the Congo just west of the DRC). Because of political and economic instability, as well as unrest in many surrounding countries, the DRC has continually been taken advantage of in many ways. Nations and companies with self-motivated interests have been basically taking whatever they wanted from the area, and oppressing the people of the DRC for decades. The land has been carelessly mined for resources, and fighting has killed millions of people in the past 10 years alone. Much of the technology we use today, iDevices, laptops, cell phones, etc…have components made from raw materials gained from the DRC.

So why haven’t we heard much outcry?

Because most of the time there’s an easily-identifiable enemy to point a finger at. Genocide caused by one group, against one group or a tyrant like Zaire’s leader Joseph-Desire Mobutu.  But in this case, there are many smaller groups, often with very vague categories of “who’s in”, and “who’s out”. During Mobutu’s reign, rebels from surrounding countries were invited and given refuge in Zaire, and many of those continue to impact what is now the DRC. There has been an unstable political environment, where financial power or brute force determines what will happen. Even now, there are echoes of the past as the country attempts to move forward with a more stable government.  National elections were held late last year, and provincial/local elections should be happening now/soon.

As we move forward in our journey to bring home our daughter from the DRC, our burden to pray for Peace and Justice to come in that area also increases. One of the most densely populated areas, and also one of the poorest areas of the world. These are our brothers and sisters, living in conditions that break the heart of God…and will move our hearts as well.

So I suppose the main point in this update is…inviting you to do more than pray for our adoption. Pray for the people of the DRC, and other areas in the world where your family is living in conditions no one should ever have to deal with. Pray for God’s Kingdom to burst through in new ways, and for His Spirit to bring peace and comfort to those who are suffering…

Update: An interesting website tracking the UN’s work in the DRC. Also, a brutally honest video about how rape is impacting the women of the DRC.  We continue to pray…

3 thoughts on “Adoption Update: Praying for the DRC”