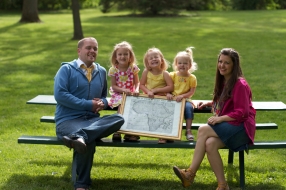 e we are in 2013!  The year we hope and pray to bring home our daughter from the DRC in Africa.  There are still many unknowns, but we have faith that God will help us kick down the doors still closed ahead of us.  Here’s a (not-so-brief) summary of our adoption journey so far:

So far we’ve raised quite a bit of money, awareness, and prayers for the DRC…..will you join us???  If you’re able to give, click on the “Both Hands” link on the right side of this page.  All donations are tax deductible!  Thanks so much for joining us in prayer, and we look forward to celebrating with you as our daughter is brought home this year!!!