Usually you hear a great song, and it makes you want to learn the background of it.  Here’s an opportunity to do exactly the opposite.  I want to tell you a little about a song that may be coming your way (already recorded….currently being mixed/mastered!).  It’s one that I wrote earlier this year, about the adoption process we found ourselves in.

The preliminary title I’ve given the song is “Bring You Where I Am”.  It’s an obvious title, that speaks to the heart of the issue: we can’t wait to bring our daughter home.  But, as the song fleshes out, it also connects what we’re experiencing to the heart of God.  This is an area I wanted to say a few words on briefly, before the song becomes an international hit. 🙂 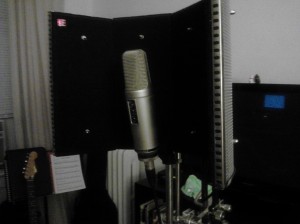 I believe God’s heart/desire is to “bring us where He is”.  That being said, the emphasis here is not so much on “location” as it is “presence”.  Over the past several years, many of us have begun realizing the fictional futures of “Left Behind” were not actually talked about in the Bible.  We believe God intends to bring His Kingdom fully here, bringing together Heaven & Earth in a completed New Creation.  Still others remain convinced God’s desire is to whisk us away into a far off “Heaven” in the clouds.  Whatever side or middle we land on…we can agree on one thing for sure: The focus is on the presence of God.

That’s the heart of the song.  Not to whisk away a child from the middle of Africa, to our midwestern hometown.  But to bring a child into our home, giving her the loving presence of a mother and father and family/friends who care for her.  Whether we lived in IL, CA, Mexico, Italy, or moved right next door in Africa itself.  It’s about bringing her to be where we are.

Imagine a bowl full of water, floating on the ocean.  Waves come, and rock the bowl back and forth.  But the bowl is not completely filled, and so remains on the surface.  Water might splash in or out of the bowl a bit with choppy waters, but still the bowl remains afloat, riding the waters of the vast ocean.  Until finally, it happens.  The amount of water in the bowl is so great, the bowl is completely overtaken and submerged into the sea.  As the bowl sinks slowly to the bottom, it’s become completely filled as never before, by the presence of ocean-waters.

Would you say the water from the bowl was taken out of the bowl?

No.  You would say the bowl and all of the water within has been swallowed up by the ocean.

It’s about singing the song, and a heart that is breaking to somehow have her hear us singing it.  That she would know our heart, and be transformed by the Hope she has for tomorrow.  That God’s heart is breaking for a humanity He longs to listen to His voice as He sings those same words to us.  That we would know His heart, and live transformed by the Hope we have for tomorrow….today.

I really hope you can hear the song…both mine that might cost you 99 cents and help support our adoption.  But even more so, His…that might cost you quite a bit more, but “it’s worth it” is even too cheapening a phrase to use here.  Take time to listen…

(and if you could take a moment to spread the word about about both songs…..share a link to this post…thanks so much!!!)

3 thoughts on “behind the music.”