I remember back in early April 2012.  We were right on the threshold of a new adventure in following God’s call for our family.   We’d made the decision to adopt internationally, and felt God leading us to learn more, and grow a love for the people and country of the Democratic Republic of the Congo.  We’d been warned by several others, “this is an expensive process.”  “This is a journey with many unknowns.”  With smiles on our faces, we nodded.  We were aware.   We looked forward to the story God would write as we handed him a new stack of blank pages for the future of our family.

But we already knew what he would write.  The pages may not have been completely blank.

He was going to write a difficult but charming story of how a small midwestern family in full time ministry overcame great odds, and the  impossible financial realities of a single ministry income, to bring home a beautiful baby girl from the Congo.  It would be an amazing story and illustration that encourages every family to realize just how much of an impact they can make on the world, even if they aren’t a “power family” according to their status and income.

So far, that’s not been quite the story. 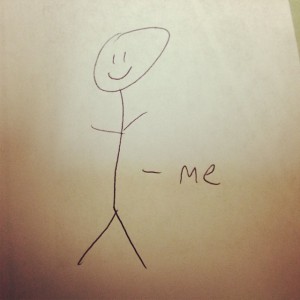 After connecting with a great organization for quite a while, they ended up being much more focused on other efforts in the DRC.  That was fine while we were being processed, and finishing our homestudy.  But over a year into the process we finally felt released to switch to a new agency.  It seemed like prayers were answered, as immediately we received a referral.  We prayed for God to care for her, and put it completely in His hands.  We shared her picture with our children/friends.  Then her parents came to pick her up.

So here we are, back at the top of the “waiting list”, and the DRC has currently stopped issuing VISA’s for adopted children to leave the country.  They’re investigating specific cases of unethical practices from non-US countries, and making a statement while they do it.  It’s ultimately a good thing, as everyone involved genuinely wants the best for these children.  God has definitely used this time to help us learn more about the country, the people, and pray for the instability and fighting to cease.  This season shouldn’t impact us, because…well, it seems we’ll still be waiting a while.

If God had asked me as a young child what I wanted Him to do in my life, things would look quite a bit different from what currently is.  In reality, I’d probably be running around as the 5th Ninja Turtle.  So that’s obviously not the point I want to make here.  What I do want to do, is point out:  I don’t believe God is “making” this process difficult on purpose, as a sort of cosmic response of “I’ll teach you, Chadwick.”

I don’t believe God caused most of the difficult circumstances that have happened in my life, or in the lives of those I love…or your life.  Whether it’s the brokenness of your home growing up, or the economic struggles we’re currently facing as a nation.  He has granted humanity freedom out of His great love for us.  But I do believe God can write redemption into whatever story is happening due to the loving freedom He has granted humanity.

The story may not be the one we “wanted” Him to write as we handed him the paper and pen.  He may not be following the script we attempt to whisper into his divine ear every evening.  But He is still writing a beautiful story of hope and healing.  He offers to do the same in your life even today.  How will you respond to His invitation to be a part of New Creation?

Our story may not convince people that adoption is an easy/do-able choice.  But it may help paint a picture of what a family stubbornly relying on God looks like.  An image of parents who talk and pray with their children about a broken world.  Human beings yielding themselves to following God’s call…even as that call is largely unknown and uncontrollable.  As we’ve seen throughout scripture, He’s pretty good at knowing where such a story should lead…

2 thoughts on “the story we wanted him to write.”