Skip to content
So we took a large group out for putt putt tonight….didn’t get to start the game until 9pm (DVR’d, thankfully). Finally finished watching/celebrating enough to throw a quick post up. 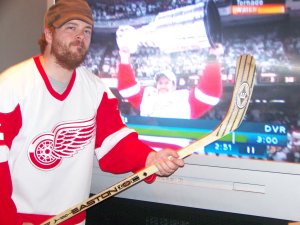 Pretty good chance for a great next year too…but for now, we’ll focus on celebrating Stanley. Take note of my longest playoff beard ever…it’s finally on its way out.

Props to Lidstrom, for winning his 4th Stanley Cup with the Wings….and to all the players/coaches/staff/etc. And to the families who support them.

One thought on “delayed…but gratifying.”