Here’s hoping that not long from now, people may stumble upon the words of this post’s title and ask themselves, “What is he even talking about?”  A world with less of the youtube madness that started back in February this year, would be a healthier one.  But I couldn’t let the moment come and go, without asking how such a thing could help us in our awareness of God.

The current  “harlem shake” movement seems accidentally based on a very simplistic idea: 1. make it easy to do, 2. about getting positive attention, and 3. make it look fun, and you’ll get a lot of other people wanting to do the same thing.  The guys responsible for “starting” the movement, “Filthy Frank” and his friends never intended for millions of people to get caught up in it becoming a “thing”…and by February 12th was even saying he was ready for it to move on.  They’d simply made a silly video, and 10 days later it was being copied by people all around the world. 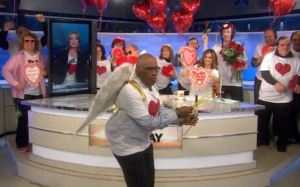 I remember being in East Harlem back around 2001, and having kids try to teach me how to “Harlem Shake“.  I’m definitely not qualified for such a thing…but it was fun nevertheless.  I can’t imagine they’re excited about this phony movement making people think they know how to “Harlem Shake” simply by thrashing around in costumes/loud music.

But I’m not really worried about the people of Harlem getting all upset that the youtube fixation (that’s hopefully dead by the time you read this) has usurped their role as shakers.  What I’m more concerned about, is the same elements that sky-rocketed this little video/performance by Filthy Frank, are what we often depend on to sell the gospel message:

1. Make it easy to do/simple.  We hear phrases all the time:  “Invite Jesus into your heart, and you’re done!”,  “It’s as simple as that!”, “now you’re ready for Heaven!” or boil down an entire Word of God into a distilled phrase of truth that you can fit into your pocket, a prayer that you memorize, and a box you check at the altar.  But any Christian parent would agree: we don’t want our children to remember the moment they “checked a box”, we want them to remember how Jesus has transformed their lives.  That’s not easy, and takes much longer than a single moment with a #2 pencil.  So we make our homes places where we are daily opening the Word of God.  We wrap our lives around the Truths of His Word, and living as families of Kingdom citizens here and now.  We confess to each other when we’re struggling, and depend on God’s Spirit to be our helper – because we NEED one.

2. Make it about getting positive attention/feedback.  In a world of Hallmark endings and prosperity gospels, it doesn’t take long to find followers of Jesus who will tell you – if you’re following Jesus right, everything will work out for you.  You’ll be blessed, your family will all be healthy and in love with Jesus, and whenever you have a need – it’ll be awesome to see how God will always come through to fill it.  We love these promises, but the hard truth is – if we’re following Jesus for these reasons, the object of our worship is actually “Self”.  As parents, we need to share not only the highs of following Jesus together as a family, but the struggles as well.   To be appropriately honest with them, and have faith that even though it may NOT look like it in our world/lifetime, we know that Jesus IS still Lord.  We look up from our tears with them, and together gaze into the future promises of God to complete what He began in Christ, and make all things New.

3. Make it look fun.  In the “actual” Harlem Shake, there’s a set way of doing things.  5 people standing side by side, all doing the dance will look very similar.  In the current “movement”, the only requirement seems to be chaos.  But everyone’s got a giant smile slapped on their goofy looking faces, even if it’s covered by a mask.  The goal is not to accomplish anything, or even look a certain way…the goal is simply to have fun, and get hits on youtube.  Unfortunately, it’s also a theme picked up by genuine-hearted followers of Jesus as they try to get the next generations connected to what God is doing.  I’m not against VBS craziness, or playing silly youth group games at times.  But what I am against, is when the “fun” becomes central, and “knowing/following Jesus” becomes a side-issue.  To pull a giant “bait & switch” with our kids/teens will end up with young adults who wonder why youth group stopped after 12th grade, and decide to leave a church that doesn’t “offer anything for me”.  We want to raise our children with an appreciation for an abundant life, deeply rich and satisfying in relationship with Jesus, others, and creation; and contributing to His “making all things New”.  Not simply to be an “a-mused” (not-think), and consuming force.

It may not win any awards for trending…but it will transform lives and the cosmos…:)

4 thoughts on “leading our children beyond “harlem shake christianity””