So here’s another official adoption update without much officially to update.  We’re still “next on the list” for a child who meets what we’ve been approved of.  We’ve even been able to extend the age a bit, because we began this process with a younger youngest child.(Illinois doesn’t generally allow “artificial twinning”, which means adopting a child the same age of your children.)  We’ve gotten e-mails in recent weeks that are exciting, and we’re hearing of sibling sets, and twins, and girls the age of our kids being adopted.  This is great news, as children who need a forever home are being connected not only with shelter, but in many cases with a home centered on Jesus, and God – the ultimate Father.

There are new posts on a regular basis by this author, or that news source, or this organization.  Many of them sounding the alarm about corruption in the adoption system.  Some saying international adoption misses the point.  Some simply trying to educate.  Others processing their own guilt publicly, after not asking questions in their own process of bringing home a child. 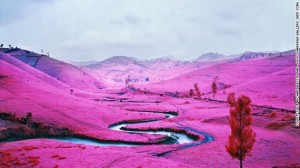 So much of the conversation continues to distract us from the truths.  Soooo many children are dying, and in need of being cared for.  So many women and children are being abused, forgotten about, and fought over.  The war in Eastern DRC continues to move toward the edge of who knows what, as UN Troops arrive in the next month or so for the first ever offensive action aimed at controlling the M23/rebel forces.

And in the midst of it all, it seems the brokenness of our creation offers a possible volcanic eruption.

I listen to NPR…probably too much.  It’s at the point now that when I read a book that talks about something thought provoking, I hear the voices of prominent NPR reporters reading me the text.  I hear stories from all over the world, and I realize there are so many important things happening.  But when I see or hear an extended report on something I feel like has gotten way too much media attention, I can’t help but feel the sting of injustice, when I know the current homeland of my daughter is enduring so much suffering.  I’m reminded that this…right here….this lump in my throat.  This filling of my eyes.   This emotion that rises when I read another report on the abuses against the people of the DRC….this is one of the reasons we’ve been called on this journey.  To have our hearts broken by that which breaks the heart of Christ.

Before we began traveling this road, I could hear reports from all over the world, and maintain my waffle square.  Safely compartmentalized in my Midwestern US world.  Now, my eyes and heart are being changed.  Already in the midst of wanting to “rescue” my daughter (I realize some bloggers challenging the evangelical adoption movement don’t like that word…deal with it.)…she has already begun to rescue me from what had become an all too localized world-view.

All of that to say….please continue to pray with us.  Not just for our daughter and family, but for the people and nation of the DRC.  May God come, and begin to set things right even now…

Also, we’re still raising funds for when that e-mail/call comes, and we begin the journey to actually bring her home…if you’d like to give, click here.  Thanks so much!!!

Check out some of my Spoken Word